Following the summer holidays we returned as 3rd Years on 6 September. But things had changed! There were Girls! Girls! Girls! and the School was now called "Farnham College".

Yes, this was the first term of Farnham College - the first Sixth Form College in Surrey. There was no new lower school intake since entry to both Grammar Schools finished the previous September. Both Grammar Schools combined to provide co-educational facilities across both sites, although the majority of teaching remained at Morley Road. On top of all this there were additional students in the Sixth Form which expanded from this year onwards.

Our school reports reflected this change as they were now headed "Farnham College" and with no Grammar School crest (see above). Another change to the organisation of the lower school was that in addition to the Form Tutor (in my case, Chris Chapple), there was a Year Tutor (Sue Bradbury).

The second term began on 8 January and lasted until 10 April 1974. The Summer term dates were 29 April to 19 July 1974 (all term dates on this website have been confirmed and verified by David Bathurst).

According to surviving reports, the following are the average marks from Form 3C: 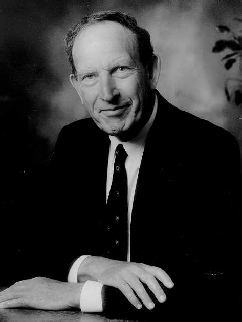 Mr Paul French's appointment as Head of the Grammar School in 1971 was controversial. He was appointed with the aim of overseeing the transition from Farnham Grammar School to Farnham College. It therefore seems appropriate to reproduce his comments made at the OFA 40th Annual Dinner held on 8 April 1972, just over a year before "all change" at Farnham. These comments were reported in the Farnhamian for July 1972:

Mr French said "The dinner represents the first anniversary of my arrival at Farnham Grammar School, both as headmaster and President of the association. My overwhelming memory of my first association dinner was the enormous fund of goodwill which was expressed to me both in the formal speeches and in the informal conversation. This good will had been extended throughout my first year - which is a blessing Ihad no right to expect, being something of an outsider and appointed with the impending changes to the school."

Mr French paid tribute to the help he had received from Mr E W Godsil, retured deputy headmaster of the school who had acted as headmaster when Mr George Baxter left. he said that it was the help he had received both from Mr Godsil and Mr Baxter that had made his first year at the school such a pleasant one. he also thanked Mr Bill Bodkin, the association's secretary, for his loyalty and hard work.

Turning to the coming re-organisation, Mr French said: "The first point is that the Grammar School we remember has already become a different sort of animal and one that is in danger of getting out of control. Secondly, what are the values we are so anxious to retain? I was asked once if I could summarise the Grammar School tradition in one phrase. What are the essentials? Character building? Discipline? Self-discipline? Depth and breadth of learning? Familiarity with our cultural heritage? Knowledge of the Christian religion? High standards of work and behaviour? Responsibility and service to our neighbours and to the nation? It is impossible to express all this in one single phrase. 'Service, through the pursuit of excellence' was the nearest I could get."

"I am firmly convinced that it is the sort of person who leaves our doors that is our most vital concern, and his or her certificates at 'O' and 'A' levels, while enormously important, must take second place to that. I want every student who leaves our sixth form to have an opinion - an informed opinion - about social and international issues whatever career he or she may be aiming at. I want every student  to be aware of his own motivations and drives in order to exercise the self-control and self-discipline which is essential for peaceful living in an overcrowded environment. I want every student to feel for the plight of others, heightened and sharpened by his acquaintance with literature and the arts. I want every student to know something of the possibilities and limitations of technology so that future generations are not doomed to live on a sterile and concrete planet far removed from our natural heritage."

"It is through the intellectual demands of our curriculumn that we shall develop the minds and spirits capable of pursuing these ideals to a successful conclusion. If our students - whatever their intellectual  calibre - go from here without having an appreciation of both the arts and the sciences, we shall have failed to continue the high tradition set by the grammar and public schools of the past in handing on precious which has been bequeathed to us."