This year, our reports saw the return of the School badge (see below), with the average age for Form 4M (Miss McMahon) for the Autumn term being 14 years 10 months.

The School crest also reappeared on The Farnham College Calendar for 1974-75 which is reproduced below.

Sports fixtures appeared in full on the reverse side of the calendar and this is also reproduced below:

Finally here are the average examination marks for Form 4M (McMahon) based on the subjects I was taking at the time: 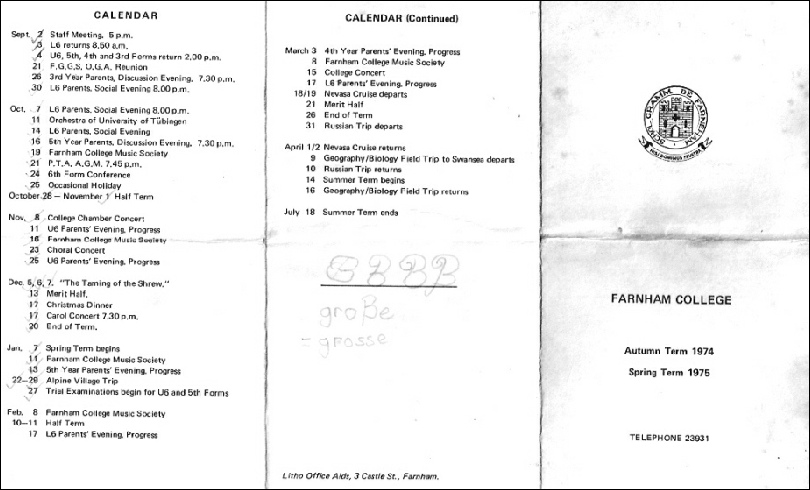 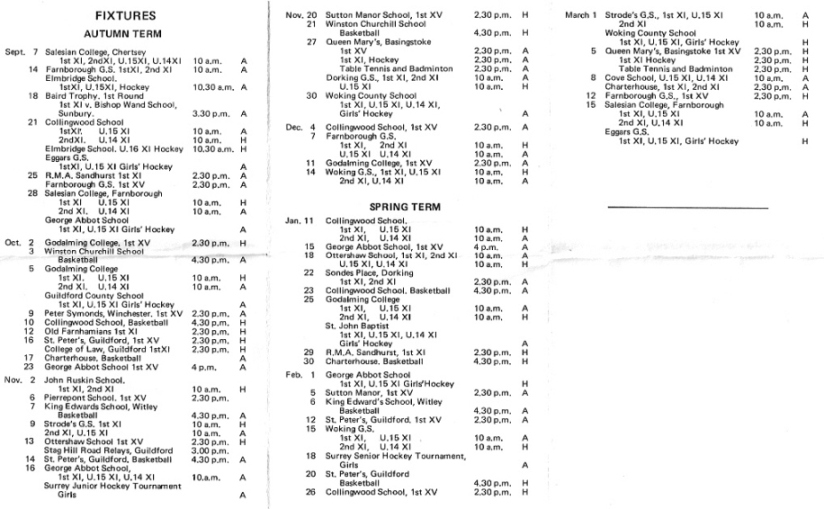