For some of us this was the end of the journey as we went on to pastures new outside the College. The College calendar for the Summer term is reproduced below.

Sports fixtures for the Summer term of 1976 appear below:

'O' levels were preceded by mock exams which we sat in the Spring term. The following are the average marks from Form 5M reflecting the subjects I took at this time:

The Summer term saw us sweating through 'O' levels, which we sat from 7 June - 2 July. Remember this was one of the driest summers on record! My timetable for subjects I sat from the Cambridge Local Examinations Syndicate is reproduced below: 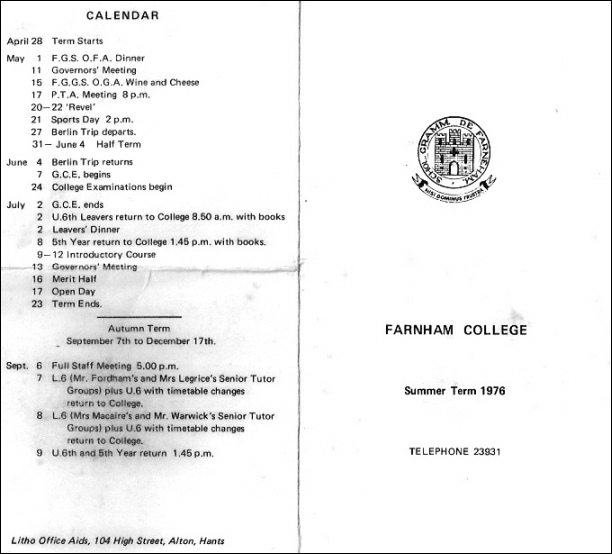 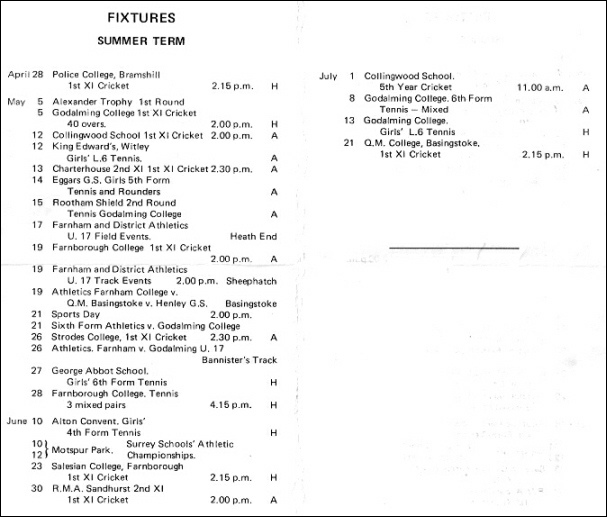 Whilst here is the end of year school photo for 1976 (click on the image below to view a larger photograph):

The "At Sixes and Sevens" introductory course (9 and 12 July) was designed to give those of us who had decided to stay on into the Sixth Form an idea of what to expect. The programme was the same for each day, but with different Senior Tutor Groups attending. 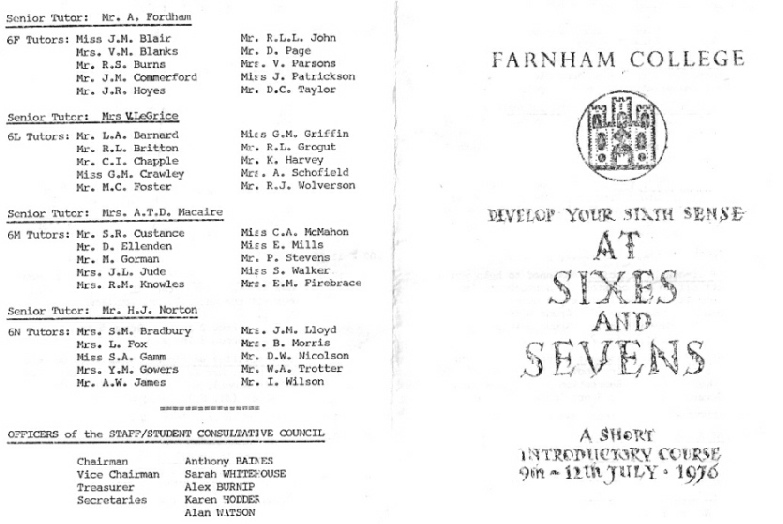 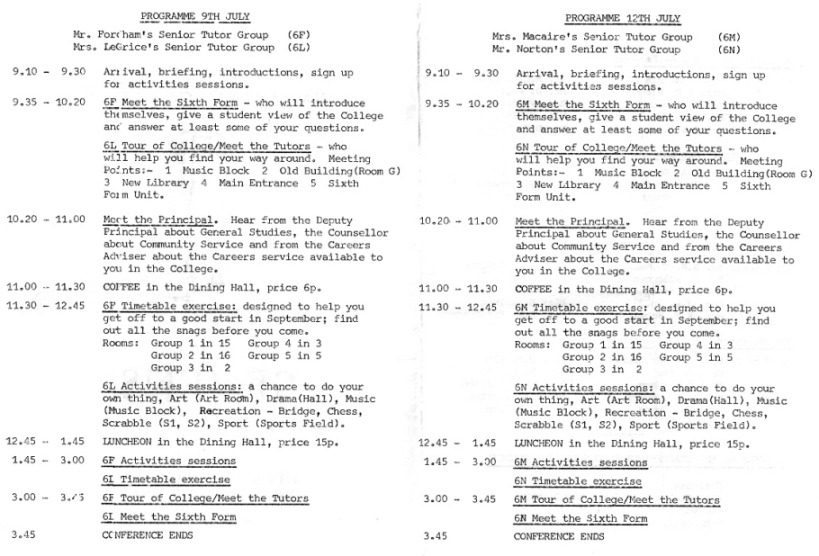 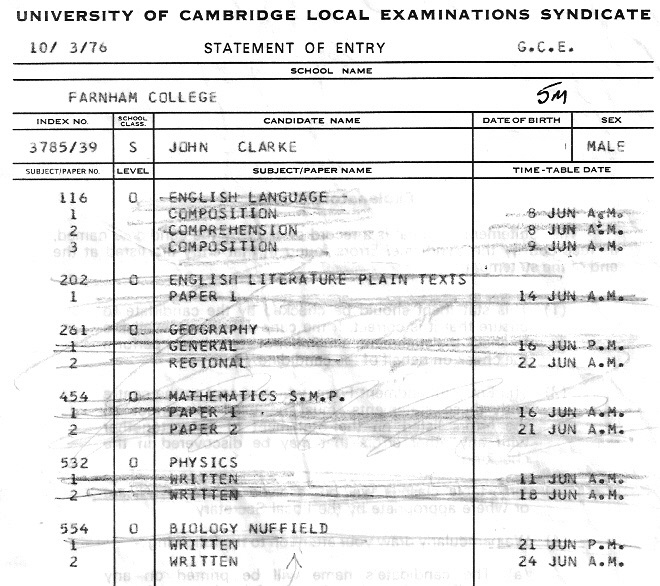