"I've been living for the last 15 years in Colliers Wood, SW London. I work for HM Revenue & Customs, based in Westminster, and for the last four years have been leading customer research projects. I'm also a long-serving member of my trade union's branch committee.

I pass through Farnham regularly on my way to visit my parents who now live in Alresford, Hampshire. I still enjoy birdwatching and make an annual return with my binoculars to Frensham Common. But most of my spare time these days is taken up with those age-old male pursuits, beer and football.

I'm heavily involved in my local branch of the Campaign for Real Ale, help to run a beer festival each February in Battersea, and also write entries for the Good Beer Guide. I've also managed to visit over 7,000 different pubs around the UK (and quite a few abroad).

I follow Sutton United FC (currently in the Blue Square bet South, two levels below the Football League) and get to most of their matches, home and away, as well as occasionally contributing articles to the match day programme. We supporters like to be photographed wearing the team shirt in remote locations, this one of me was taken in 2010 overlooking the Mekong River on Thailand's border with Laos and Burma. As you might tell, it was the rainy season!" 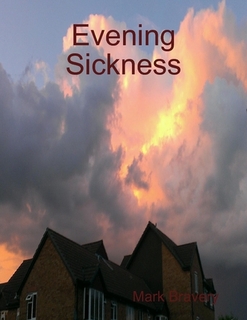 Mark says that if he wrote the novel today it probably wouldn’t be quite as daring.  “It uses the ‘stream of consciousness’ technique to convey the inner thoughts of its main characters, showing that what people say is often very different from what they’re thinking. Those characters are a philandering schoolteacher, a gay Jewish lawyer, a former prostitute and a devout Christian. And, just in case anyone’s worried, Mark says that none of the characters is based on anybody he knew in Farnham.”

Mark in one of the College theatrical productions

(From a photo taken by Keith Harvey) 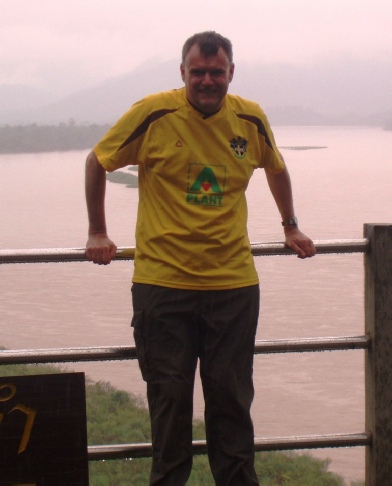 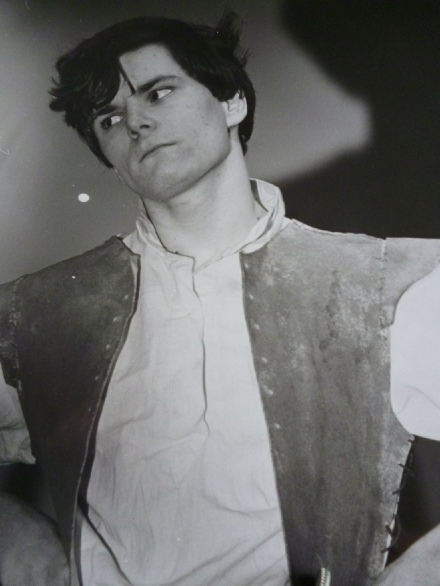