Our special roving reporter Mike Mehta has sent us feedback on the proceedings.

Alison Schofield cutting the specially decorated FGGS birthday cake, minus its 110 candles. Cyril Trust can be seen on the left, with John McLaughlin the tallest feature on the horizon to the right.

"On arriving at Menin Way we were immediately greeted by an imposing figure wearing a rather fetching green jacket. Yes, it was none other than the former Deputy Head John McLaughlin. After some preliminary joshing about trans-gender realignment (as none of us were actually bona fide 'old girls') we entered the former FGGS (now South Farnham School).

"Having heard the arrival of the noisy 'boys', Jill Goddard bustled out to say that we were so loud we were disturbing the AGM which was in full swing in the impressive main hall. Three chairs were hastily found and we sat at the back feeling slightly self-conscious in a room of 100 or more ladies.

"As we had arrived late, we caught the tail end of the treasurer's report, before proceedings moved on to mention next year's joint old boys old girls lunch party, proposed for 23 June 2012. The previous one having been held in June 2010. There was general approval from the floor.

"Ian Sargeant had sent in some notes in his absence which gave some encouraging information on the 'A' level passes for the college, as well as mentioning the range of vocational courses now available, including hairdressing, and this was duly read out.

"Those girls who had joined the school in 1961 then formed a splinter group and went to some other part of the school, leaving the remainder to hear from an old girl who had settled in Holland where they still wear clogs and eat salted herrings. We aklo learnt that the Dutch local council tax officials are very thorough in making assessments and insist on inspecting your home and belongings, right down to the quality of the bed mattress!

"This was followed by a history of the school from Jean Parratt MBE. Jean's talk was wide-ranging, encompassing examples of music that school girls would have listened to in 1901 (all were agreed that this was a quite horrific noise), the changes to the location of the school over the years, the various headmistresses, and then brought us relatively up-to-date with comments from both girls and boys who had been present at the merger of the two grammar schools in 1973.

"There followed an impromptu rendition of Jerusalem, for which the 'boys' were largely unprepared and there was much mumbling over the words in the second verse!

"High tea was then served in the hall and very good it was too! Several former members of staff were present and I spotted Jean Blair (art), Carol McMahon [now Mrs Pritchard] (chemistry), Georgina Crawley (chemistry) and Rev. John Innes. John McLaughlin was clutching an impressive number of envelopes and I can only presume this was fan mail forced on him from many of the old girls. However as he was also overheard describing his former career as school caretaker at Morley Road, these might have been quotations or bills for works on the FGS building. (And we all thought he was Deputy Head!) John McLaughlin also divulged he had been unable to secure any tickets for next year's Olympic Games and had been very much hoping for a ticket to see the synchronised pole vaulting. Good joke, Mr McL!

"The afternoon ended with the cutting of a lavishly decorated cake 'Founded 1901' by Alison Schofield, President of the FGGS OGA." 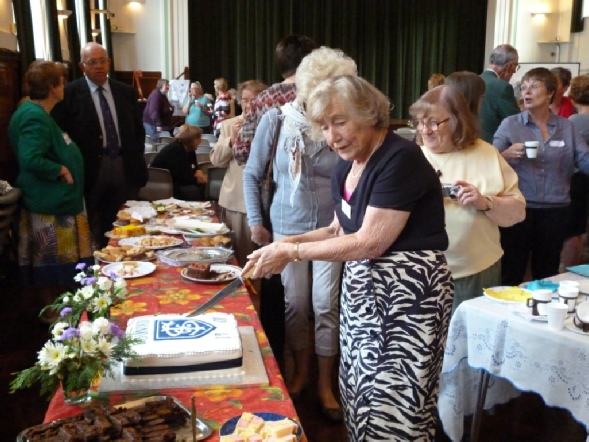 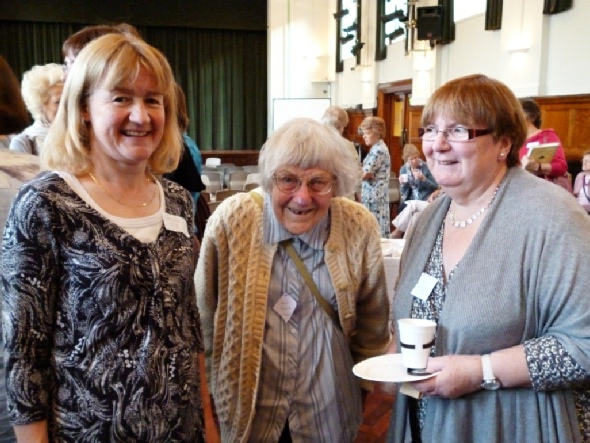 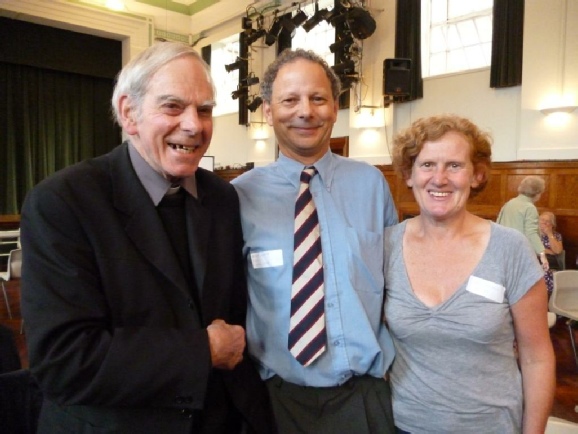