This page provides the full text of the third issue of our snailmail edition.

Contents of the September 2006 Edition

Welcome to the third issue of BLUNDEBUSS, an occasional newsletter designed to keep members of the FGS "Class of 71" in touch.

The Farnham Lecture 2006: “Winning the 2012 Olympic Games for London” by Simon Clegg.

This year’s Farnham Lecture will be given by Simon Clegg, the Chief Executive of the British Olympic Association. Doors open at 7pm, and admission is £5, with profits going to the Farnhamian 400 Trust.

In 2007 the Annual Dinner takes place in the splendid setting of the Castle. 2007 is the 75th anniversary of the OFA annual dinner and the association is hoping for an especially high turnout for this milestone in its history. Further details in due course.

Another date for your diary. The 2006 Beerex was attended by Chris Stacey, John Saunders, Mike Mehta and John Clarke. We were only able to get tickets for the Saturday afternoon session, although this did mean public transport was more reliable. 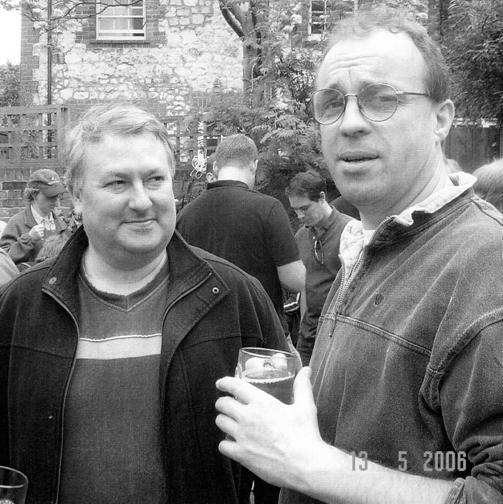 John Saunders and Chris Stacey at the Farnham Beerex 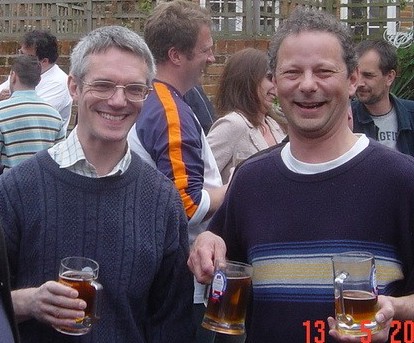 Mike Mehta and John Clarke at the Farnham Beerex

“I will not have people speaking backwards or forwards to me”

Thanks to Arnie for reminding us that 2008 marks the 30th anniverary of our departure/release/escape from FGS/FC. The excuse for another reunion is there but we need volunteers to help. Please contact the editors for comments and offers of assistance.

Another fascinating photograph from Mike Mehta's Blackmail Archive includes the following one showing clear evidence of the attempted sabotage of college audiovisual equipment which we will be forwarding to the police. 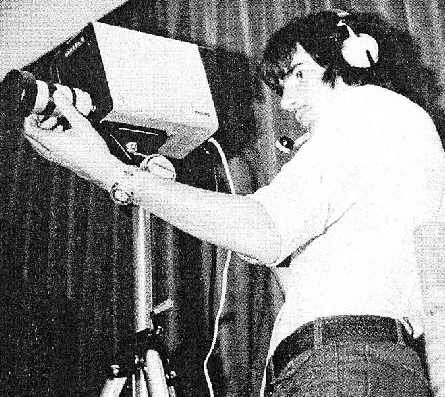 www.farnhamians.org/ofa/ is packed with information about the Grammar School The Website also includes details of forthcoming events, booking information for the annual dinner, news, and reports of various OFA events. A CD-ROM of the entire back run of the Farnhamian will shortly become available. More details in due course.

Farnham College has decided to lock up its grounds outside working hours to prevent further “anti-social incidents”. These include vandalism, unauthorised use of the sports pitches, and driving across the grounds. The College issued a statement in April explaining “we have taken these measures with some reluctance because a minority of irresponsible groups and individuals are causing the problems … the trustees, governors and college are all agreed that the health, safety and security of our students, staff, visitors and nursery children are of paramount importance”. Some local residents are far from happy about the decision to create a “fortress” by the installation of gates and infill fencing, denying them the use of the grounds for walking or running. One resident was quoted as saying “the college is to become a fortress, locked up except during college hours. We can look, but not touch”.

Local residents were equally hostile in October 2005 when they forced the college to comply with a noise abatement order from Waverley Borough Council, obliging the College clock to be silenced between 11pm and 8am each day. Readers will remember that the clock was fully restored as part of the “Farnham 400” celebrations in 1978 and has rung out the hours 24/7/365 without comment until last October. 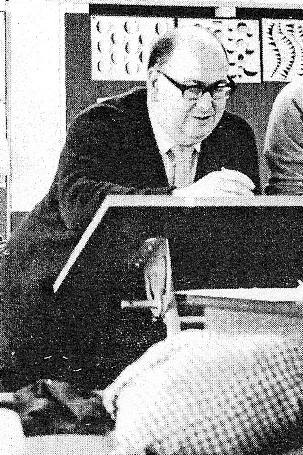 There are more fat people in the world than undernourished, whilst childhood obesity continues to rise.

We publish an exclusive photograph proving these trends may be traced back to a Surrey teaching establishment during the mid-1970s, when a member of staff openly promoted unhealthy eating and lifestyles (note his next snack beneath the rostrum)