Tim O'Dell  Tim has sent us the following update:

“1978-81 - Fitzwilliam College, Cambridge, ending up with a so-so degree in economics and a lucky introduction to a firm of city stockbrokers.

1981-98 - Phillips & Drew, later taken over by UBS where I wrote endless economic reports and pretended to know where markets were going.

1998-now - Investec Asset Management, where I shift my unfortunate clients' money between a succession of equally feckless paper currencies in the vain search for something "as good as gold".

1981-1999 - various flats and terraced houses in Streatham Hill and Clapham as a weird attraction to the Northern Line kept me rooted in South London.

1999-now - Back in Farnham in another terraced house (but this time, thankfully, with a decent sized garden) not a million miles from the old alma mater.

1995 - now - married the incredibly tolerant Lindsey in the middle of winter on my 35th birthday and now the proud father of two gorgeous girls - Madeleine and Katherine.”

Tim (with Chris Wright) on a camping holiday, summer 1978

For more pictures from this trip, see Ian’s Gallery 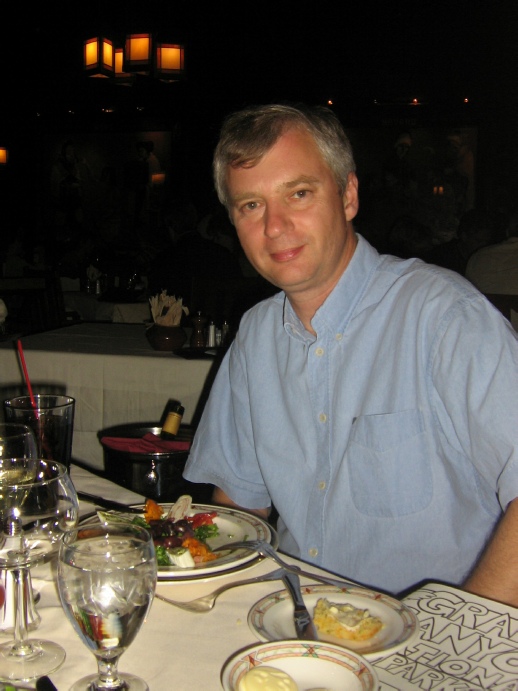 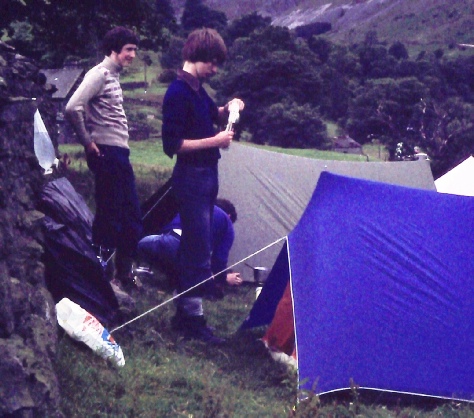