We regret to report the death of Jane Walters, who died on 29 April, aged 66, from bowel cancer. A service celebrating her life was held on Friday 13 May at St Mary Magdalen, Ripley.

The following is the obituary which appeared in the Surrey Advertiser dated 13 May 2011.

A service is to be held today (Friday) celebrating the life of a former drama leader who taught and directed hundreds of children and young people in Surrey.

Jane Walters died on April 29 aged 66 after suffering from bowel cancer but even as her illness worsened, she was helping neighbours and continuing to support youth drama. It is this commitment and enthusiasm that will be remembered by the youngsters she taught at the Woking Youth Drama Workshop, at the Yvonne Arnaud Theatre in Guildford, and elsewhere in the county.

Calcutta-born Jane was the head of drama at Farnham College and Godalming College, and was an examiner in the subject. She will also be remembered by students at the Winston Churchill School in St John's, where her teaching career started and at the primary school in her home village of Ripley, where she directed pantomimes. Michael Ball and Peter Davison are among the well-known actors she tutored  and other talent has been developed through the groups she set up.

This included the creation of the Woking Youth Drama Workshop and then a major contribution at the Yvonne Arnaud Theatre in Guildford, her husband Wally recalled. "More than 30 years ago the theatre asked if she would start youth drama activities and she became the youth drama co-ordinator" he said. "She was there for 10 years." In that time Jane ran initiatives from Open Stage, encouraging children aged 6 years upwards to become involved in the theatre, to Act One for older teenagers, and their success has carried on to the present day, Wally added. "The youth department there is very strong today," he said. "And she never ceased to create opportunities in youth drama."

This included forming the Runnymede Drama Group's Youth Workshops in 2005 and she entered its productions in drama festivals with some success. It was in Runnymede where Jane was educated at Sir William Perkins' School in Chertsey. She arrive from India, where her parents were civil servants, in 1948, after the country gained independence. Jane and Wally lived in Sutton Green, near Guildford, before moving to Ripley.

Some of those who were taught by here have contacted Wally with their tributes and many others also remain grateful to her, he said. "We would go to the West End and she would see one of them in the programme," he said. "It gave her a great deal of pleasure and she used to put a lot in. Several students have contacted us to say how inspirational she was and how it sent them on the path to careers in the theatre."

Jane was also a talented actress and director in her own right, as well as a LAMDA (London Academy of Music & Dramatic Art) gold medallist.

Wally, their children, and users of the Ripley Good Neighbours Scheme will also remember her caring side. She drove people to hospital appointments, including at the end of last year when she was unwell herself. "That was her way of giving something back to the community," Wally said.

Further tributes to Jane have been posted by the Runneymede Drama Group and the Ottershaw Players. 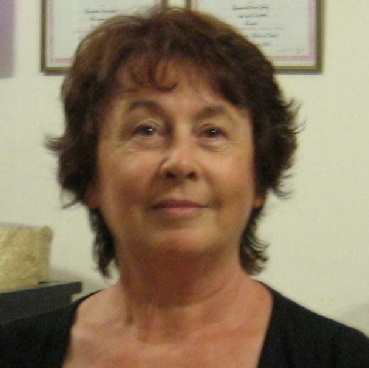