Here we report further on the celebratory lunch marking “40 Years On” from the official closure of FGS and FGGS and the 40th Anniversary of Farnham College.

Scroll down for photos of the event - a few more are waiting to be added.

“As Sir Bradley Wiggins and the Tour of Britain cyclists sped through Farnham, well over 100 former pupils and staff of the now defunct Farnham Grammar Schools held a special reception to remember those schools which closed in 1973.

“The school in Menin Way hosted the reception, entitled Forty Years On! And guest enjoyed a finger buffet and drinks before getting down to much nostalgia about their time at the schools.

“The chairman of the Old Girls’ Association, Patricia Atkinson, welcomed the guests, which included Old Boys, Old Girls, former staff from the college and Jonathan Stewart, the new director of Farnham College.

“During the afternoon some Old Girls broke away to hold their Annual general Meeting, but soon returned to continue meeting and speaking to former classmates. Jonathan Stewart took a party of Old Boys on a tour of the premises at Morley Road to show them the many changes made since they were pupils and explain plans for future development.

“Several of the guests were married couples who began their relationship while at the schools, which was difficult because in the 1940s and 1950s it was frowned on to have boys and girls from the two schools fraternising.

“Guests travelled from across the south and west of the country to attend and it is hoped that another combined event will be possible, before Father Time takes a hand. The organising committee already has plans for such an event.” 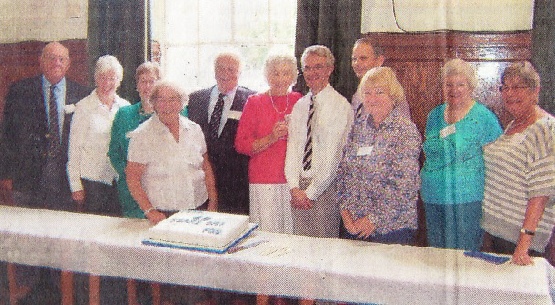 “The organising committee for the Forty years On! event with a special celebration cake made by Laura Batchelor, daughter-in-law of a former teacher at the Boys Grammar School.” 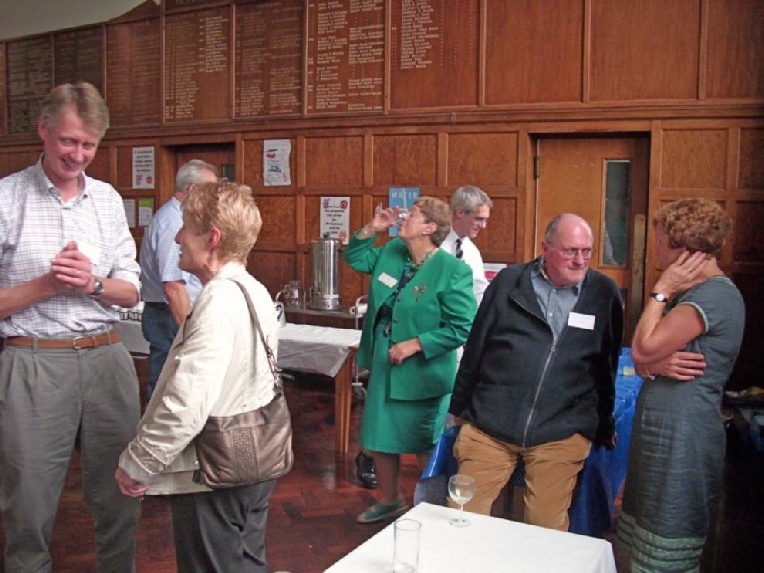 Heather Maclaren and Caroline Gooding at the front entrance to FGGS

Here we see some of the College's mature students, released before the bell for good behaviour (including Mark Bravery far left)

Where it all started for “the schoolboy, Mr Clarke”. Outside Room 7, the base for Form 1 in 1971-72. The outside has hardly changed, and number “7” is still screwed to the door!