This page provides the full text of the second issue of our snailmail edition.

Contents of the December 2005 Edition

Welcome to the second issue of BLUNDERBUSS, an occasional newsletter designed to keep members of the FGS "Class of '71" in touch.

The Annual Dinner takes place in the old gym and is invariably well attended. Please note change of date. Catering restrictions means that a maximum of around 110 people can be accommodated, so early booking is advised. The booking form will be available on the OFA Website in due course.

A good place to meet up and sample some fine beers. We usually aim for the Saturday evening and Chris Stacey can usually co-ordinate purchase of tickets in advance. If you would like to take advantage of this offer please contact Mike Mehta.

In 2007 the Annual Dinner takes place in the splendid setting of the Castle. 2007 is the 75th anniversary of the OFA annual dinner and early booking is advisable! Further details in due course. 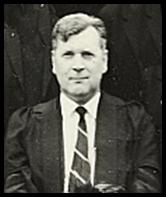 Alan Fordham died on 12th October, 2005 aged 80 years. He came to FGS in 1962, initially to teach French and command the CCF with the rank of Major. Later, he was appointed Dean of the Sixth Form. When FGS gave way to Farnham College in 1973, Alan stayed until he retired in 1984. Here is a report of his career compiled by Cyril Trust, OFA President.

“Alan was born on 24th March 1925. He joined the RAF from the Oxford University Air Squadron in 1943. He trained in Canada, flew in Australia and the Pacific, and was a member of the British Commonwealth Occupation Force in Japan. After the war he returned to Christ Church, Oxford to complete his MA Degree in Medieval and Modern Languages, and he was granted a permanent commission in the RAF in 1951. Following a variety of flying, command, and staff appointments, he retired from the RAF with the rank of Squadron Leader and joined the Farnham Grammar School.

“Here he taught Modern Languages, commanded the Combined Cadet Force, and in 1968 became Dean of the Sixth Form. He became the first of the Senior Tutors appointed to this position when Farnham College was established in 1973. Despite increasing administrative duties, he continued to teach Spanish, English, Mathematics, Astronomy, and Meteorology. He was also a member of the Associating Examining Standing Advisory Committee on Navigation subjects.”

Alan Fordham's funeral took place at Aldershot Crematorium on 21st October 2005. The service was led by Rev. John “Slasher” Innes, who shared with those present that Alan was born in East Ham and joined the RAF aged 20. One of his heroes was T. E. Lawrence, which explains why his house was called "Clouds Hill". Several former members of staff attended the funeral including Mr Owen (physics), Betty Morris (biology), Sheila Walker (history) and John McLaughlin (sometime posing as a geography master).

I'm sure we all remember "Henry's" lessons accompanied by the refrain "Fordham Boredom Blah Blah" to the tune of the Osmonds' "Crazy Horses". From memory, his nickname (allegedly) came from his "similarity" to an illustration of Henry the Navigator in an obscure school textbook although someone out there may be able to offer the correct story!

Other members of staff who have passed away since the Reunion of 2000 include Paul French, "Mac" Foster and Leonard "Chin" Evans. (Editors).

A fascinating photograph from Mike Mehta's Blackmail Archive includes the following members of the appropriately named "Strange Arrangement" pop group whose lead singer was a leading light on the Entertainments Committee and went on to found another Prime Suspect pop group. 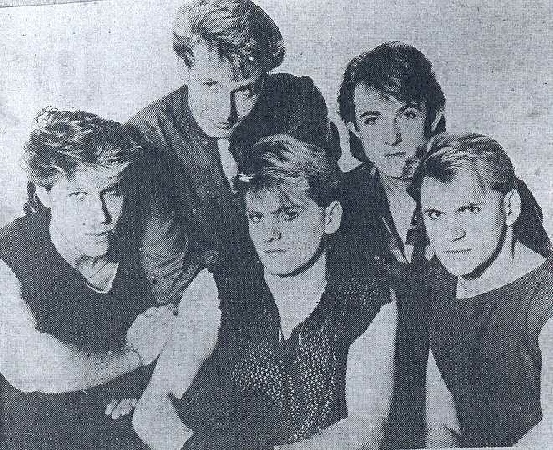 A woman went up to a barman and ordered a double entendre. So he gave her one. But she didn't get it.

No not those photos, these photos. The OFA website includes the huge panoramic school group pictures from 1970, 1972 (spot "Big Bertha" - see issue one), and 1977. However your editors are pretty certain that some other year group photos (not necessarily official ones) may exist. If you think you can help fill any gaps, do let us know.

Aren't today's exams a doddle? Wish you were back sitting exams in 1976 (or retaking them in 1977, eh Mike?) just try these wonders of the SMP syllabus!

(Answers will appear in issue 345 assuming we've worked them out by then!)

Wishing you all a Merry Christmas from your Editors