This summary history was written by David Page for the 400 Magazine (1978).

It is rare for a town to remain prosperous throughout its history, but that is the case with Farnham. Most English market towns have grown rich on one product, notably wool, and as the economy has changed they have gone into decline, surviving as timber framed backwaters, charming to the tourist but without life. But if the life of a town is its trade then Farnham has lived vigorously since the Middle Ages. 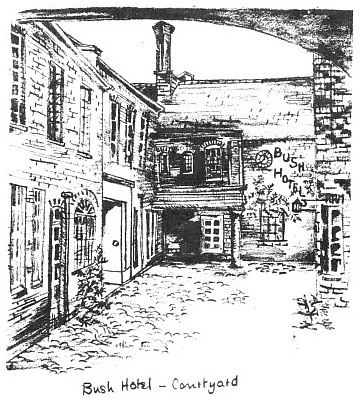 Farnham is first recorded early, in 688 when Caedwalla, King of Wessex gave the town and the area around it to the Church. By 803 it was in the hands of the Bishop of Winchester, and for the greater part remained so into the present century. The connection was an important one, for the Bishops of Winchester were among the richest and most influential in the land and their castle at Farnham, started in the 1130s was conveniently placed between London and the cathedral. Most English monarchs for the next seven centuries stayed there: the hunting was good. So was the land; arable and pasture, wood and watermeadows.

Inevitably the castle brought a market, held under the protection of its wall, at the foot of Castle Street, and as it grew the bishop delegated his rights to regulate trade and collect the rents to the citizens. The town never quite made it as a borough -though the name survives to designate the area in which market privileges applied. Farnham sent representatives to a couple of medieval parliaments and tried in the eighteenth century to establish its right to seats, but without success.

From the manorial market developed the cloth market - Surrey had the richest supplies of fuller's earth in the country. Kerseys were made in the town and round about during the fifteenth and sixteenth centuries and there were fifteen clothers in the town in the 1570s. Decline came in the seventeenth century for various reasons, partly because Venice, no longer the greatest trading state in Europe, had taken to cloth making for herself and ceased to buy from Southern England.

As the cloth market declined, so the wheat market grew. London was voracious; the population doubled to over half a million during the seventeenth century. Daniel Defoe considered Farnham to be the greatest market for wheat in England, and the reason why, for almost a century, the wheat waggons came through the town, was the ill-feeling between England and the Dutch, which made it unsafe to send cargoes round the coast from Hampshire. When Charles I levied his notorious ship-money, Farnham was assessed far more than any other Surrey town, a sure sign of prosperity. 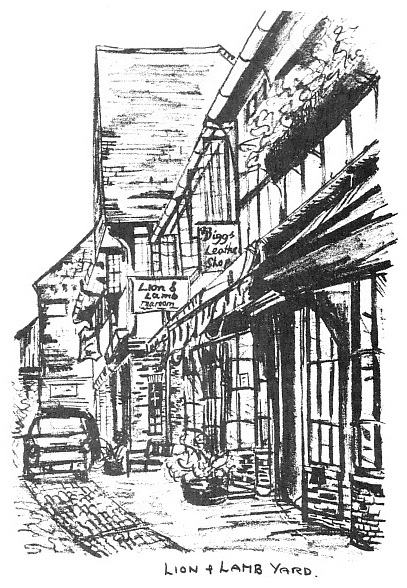 Such artificial conditions could not last and did not, but hops supplied the want. Of no use except in giving a bitter flavour to beer-and hence condemned when they first appeared as a pernicious waster of agricultural land - they first came in to Farnham as the wheat market was starting to grow. Chalky soils proved ideal and by the eighteenth century Farnham hops were of great reputation. Their impact on the town was enormous. 900 acres around the main streets were devoted to them, kilns had to be built for drying them and the graceful Georgian facades which are the pride of Farnham today, were built on the profits. Every autumn the population would double as pickers came in to gather the harvest, immediately to dwindle as, in mid-October growers and carts trundled slowly away up Crondall Lane to the fair at Weyhill, near Andover (Thomas Hardy's Weydon Fair). As far away as Dublin and throughout the West Country Farnham hops were renowned for their quality; a delicate flavour that came through early picking. They were not, however, a reliable crop. Bad weather and disease were hazards that each grower had to cope with, and few relied entirely on hops for their income. With the slump in agriculture at the end of the nineteenth century and the growth of big brewery companies more concerned with price than quality hop growing became too hazardous a business. Hop grounds were sold off for building.

Farnham became a suitable retreat for those who wished to live near the country and yet needed to be able to travel to London a few times a week to keep an eye on their businesses. The grand houses south of Great Austins survive to bear witness to them. By the 1930s trains were faster and more frequent, daily commuting became a possibility and Farnham found yet another way to prosperity - the latest addition to a remarkable record of success.