Ian has sent us the following:

"When I was at Farnham College my hopes had been to become a cathedral organist. Fortunately my father gently pointed out to me that I wasn’t really good enough and steered into something called engineering. However while I may have gone off to Warwick University to study Engineering Science, I spent most of my time there making music and enjoying tours of Europe with the various choirs and orchestras.

After university I joined British Rail to become a signal engineer and to my surprise found it interesting. In fact so interesting that I have never moved away from that career path. Work has taken me to many parts of the UK railway network including Croydon, Derby, Eastleigh, London, Reading, Banbury, Newport, Bristol and finally back to London. I now work for the railway regulator (ORR) where I pretend to be important.

Outside of work my life still revolves around making music. Currently I sing in a church choir and am heavily involved in running a boys choir, The Bromley Boy Singers (www.bromleyboysingers.com). When I have time I also do walking around the UK with my wife.

I’m on my second marriage and now have a step son who is currently at Leeds University. We live on the East side of Croydon which, perhaps surprisingly, gives us very easy access to lots of local walking in the countryside."

"For some strange reason some of my strongest memories of life at school seem to relate to exams. More specifically cheating. The art of checking what others had written became an important part of the exam routine, particularly in the earlier years. Perhaps it is some guilt complex which brings these memories to the fore now! Two events feature particularly.

The first goes right back the our first year. I had quickly developed the skill of monitoring other peoples writing in exam conditions but the one time I was caught was the one time when I wasn’t intent on cheating. It was a multiple choice exam in room 8 (the Form 1P form room), I looked across to Michael Mehta who caught my eye and held up his answer sheet for me to look at. We got caught and removed from the room for interrogation. I don’t think any further action was taken against us, luckily. I was never caught on any other occassion.

Some years later I was about to do a geography exam and was sat next to Chris Nelms. As was normal, revision for such school exams consisted of flicking through my exercise book the night before but on this occasion I had taken the wrong books home so I was in a pickle. Chris kindly agreed to let me see his work by leaning back from time to time and I duely looked to see what he had written. This did the trick and I was able to answer the questions quite well. However Chris wasn’t so agreeable when the results came out and he found out that I had done better than he had. Sorry Chris!" 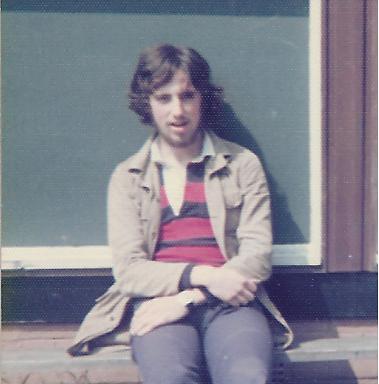