“This photo of me and my youngest daughter was taken at the Glacier National Park, Montana, in June 2012. The water behind us is Lake McDonald.”

Robert has recently contacted us with the following update:

You may remember me. I certainly remember you. Forty years have passed, but it is definitely Mike Mehta and John Clarke in the photos on Blunderbuss. I am not sure I meet the same standard.

Martin Collier put me on to Blunderbuss maybe a year ago, but for some reason I could not access it. Now I can, and it is great to see all the FBGS and FC news. Thanks to you both.

There is a Susie McBride picture outside Frau Knowles' German class. I can further identify Karen van Dongen in the front row. I have no idea what happened to her since. [This photo is also shown at the foot of this page]

I would be delighted to hear from you and any of our fellow students. Here is a brief summary of what happened to me after June 1978, which Blunderbuss is free to post.

1981-85: Goofed around in France and Spain, where John Young and I worked together for two tourist seasons.

Since 1999: Settled in Wilton CT, with Charissa and our three daughters.

In 1978 I might have been voted “boy least likely to emigrate to the US” but have been, through circumstance as much as design, a citizen for some years now. I see there are other Farnhamians scattered on this side of the pond, including Susie. Maybe we need our own reunion!

[The idea of a page or pages for our overseas members is one we may take up in future, although we probably need details of more overseas contacts to make this worthwhile - Eds] 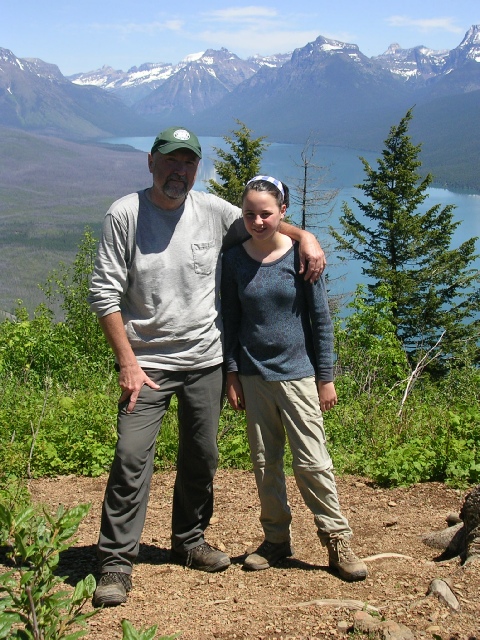 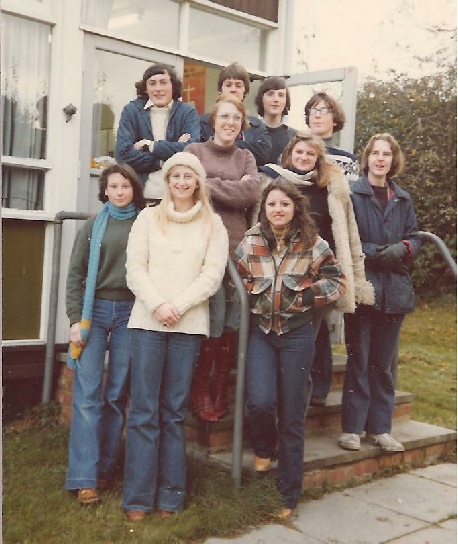