This history of secondary education in Farnham was written by David Page (with considerable help from E W Godsil) for the 400 Magazine (1978).

This mists of time hang very low over Farnham's schools. The breeze stirs only occasionally to waft a document into view and give a glimpse of buildings and endowments, of head teachers and their patrons. We can imagine what school life was like over four hundred years, but not from Farnham records.

It's a fair guess that the earliest educating was done by the local priest, and that it started long before 1578. John Aubrey, the diarist recorded in 1718 the local opinion that "....the Free School was anciently (in all Probability) a Chapel or Chauntry...." and if so, it almost certainly assembled in the chapel that once stood by the side of Cobbett's grave in St. Andrew's Churchyard. The blocked arch which led to it is still very much in evidence.

Presumably all was thrown into disarray at The Reformation and that is why the first Elizabethan bishop of Winchester, Robert Horne, resolved in the mid-1570s to establish a grammar school in the town; this was the great period for the founding and refounding of schools throughout England. A royal licence was essential and the earliest written evidence we have for Farnham, a letter of 1578 from the Queen's equerry to Sir William Moore of Loseley Hall, suggests that the bishop need only make application and all will be well. As he says, "...you write unto my lord (Howard of Effingham, later to command the English fleet against the Armada) that there must be granted from Her Majesty a licence for the erection of a school in Farnham. If it please the bishop to write unto Her Majesty the goodwill that he hath to do so good a deed, and how much it will pleasure the country, my Lord Howard or some other for him will deliver the letter: and with all to send a copy how the licence should be made. Seeing the matter is in so good forwardness, I pray help it forward with as much speed as you may. I will slack no time for my own part, for it is good striking the iron while it is hot...”

Howard of Effingham was not so much concerned with education as with getting some land on perpetual lease from the bishop; helping with the school was only a bargaining counter. He got the land and we have to presume that Horne got his licence and established the school, for it was certainly in existence by the time of Harding's benefaction in 1611.

We can only guess that the new school occupied the Old Chantry Chapel, and probably continued to do so until the end of the seventeenth century. lt then moves to West Street, to the schoolmasters house given by Bishop Morley in 1680. A sharp deal between the Vestry and Edward Beaver in 1758 led to the sale of the old building for £42. and its demolition. The school may have been entitled to the money but it seems to have been the church that got it.

That the education offered was limited we can be certain; essentially a close study of the Latin classics, and probably during long hours. The scholars of Berkhamsted worked from 6 until 11 in the morning and from 1 to 6 in the afternoon in summer; two hours less in winter, with holidays shorter by a month and a half than those enjoyed by pupils today.

We can ask many more questions about Farnham School in this period and answer hardly any of them-. All the records show are a series of bequests of property to support poor scholars. Dr. Harding of Frensham was one benefactor and Massingberd another; "a poor boy", according to Aubrey, "who from a kitchen boy became a Merchant (and) gave an hundred pounds which brought 5G per annum". All the bequests seem to have assumed that it took £1 a year to educate one boy; though John Bicknell, in 1635, added 5s. each for books, together with two fat capons. 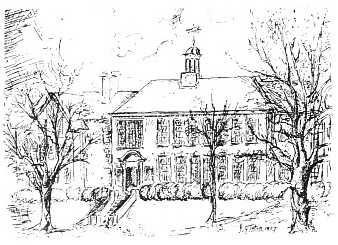 school may have existed continuously on paper: the endowments were always paid and there was always a schoolmaster. He was always a clergyman, and had the educational equivalent of the parson's freehold - without the obligation to perform any duties. Clearly for several masters, educating the young was an optional extra. In 1682 local people were provoked to petition that Edmund

Parker "...who for many years past hath been master of the school hath, by his frequent absenting himself from the schools and neglecting the scholars rendered the said Charity almost fruitless, few or none coming to the school from abroad and the inhabitants too well knowing his Negligence … and how little proficiency Children have made under him and with all his continual Imprudent Deportment therein hath been Necessitated to their Great Inconvenience to send their children to other schools, whereon if an Industrious man were made schoolmaster it would Incourage strangers to send their Children to the school and the Inhabitants, besides the conveniency of having their Children well taught at home would reap other great advantages by promoting the trade of the place ..."

Nothing happened and Parker's son, George, who succeeded him was clearly no more conscientious. George Vernan recorded in 1725 that "The school is of very low reputation and though there are only six boys required to be taught gratis, I cannot find that there is that number now in the school". Perhaps he did not really mean that there was no one there; the curate recorded that "… There is a free

school of 15 boys ..." and he, presumably, would know. The school house in West Street needed £100 spending on it, out of an annual income of only £20. Perhaps to take pupils as well as doing repairs would have been impossible.

So on into the nineteenth century and the arrival as headmaster of Dr. Samuel Locke, for whom the school was clearly a mere item of property. He came in 1800 with twelve pupils, "The sons of gentlemen", refusing to "teach a charity school". The twelve had left by 1809 and as no one would pay the fees he asked, once again the school was without pupils; a situation which persisted until his resignation in 1822. The town's response was to subscribe, in 1813 to the building of a National School. Even Locke could not refuse to contribute.

We should not imagine that this situation was unique to Farnham. Most of the country's grammar schools fell into disrepair and disrepute in the course of the eighteenth century. Old endowments and stipends could not meet new costs and before the law was changed in 1840, money that had been given so that boys might be taught Latin and Greek could be used for nothing else. Many parents who could afford to do so preferred to pay to give their sons a more practical education elsewhere. 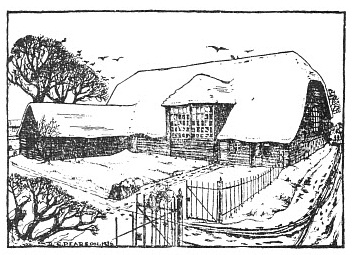 It was in the mid-nineteenth century that the great revival swept through the public schools and on into the grammar schools, and Farnham was affected more quickly than many. The reorganisation was achieved in 1849. From that date we can certainly say that there was continuity, and a remarkable continuity at that, seeing only six headmasters in the course of 120 years. Charles Stroud, the first head accounted for a third of that period on his own, and his son William, though not in charge, maintained the family influence until well after the First World War.

The school very quickly entered a period of expansion and property. By 1870, there were 75 pupils, the oldest preparing for the examination of the National Society of Middle Class Schools - with great success; 'train' boys from Alton, Camberley and Aldershot and 'town' boys from Farnham itself; day boys and boarders. 'Train' and 'town' proved a handy way of dividing the school for team sports. By 1900, numbers were up to 100 and by the mid-'20s, in the region of 130.

Of course, the expansion in secondary education was much greater than that because the new century saw the foundation of a girls' school - soon rivalling the Grammar School in the number of its pupils - a monument to the foresight of Thory Gage Gardiner, the rector of Farnham. It became the first girls' grammar school in Surrey to join the state system, two years after is founding in September 1901: Gardiner already knew that the boys' school hoped to move south to Morley Road, although the process took five years and the girls had to make do in the meantime with cramped accommodation at 74 Castle Street and later in the buildings of the old British School in East Street. In 1906, when the boys moved out, the girls took over their Victorian home in West Street and it was not until 1939 that they moved to a home that they could really call their own, in Menin Way.

Until the regulations forced them to do otherwise, both schools took younger children and prepared them for secondary education. In the eighteenth century, the Grammar School had been teaching boys reading and writing as well as "The Latin grammar tongue". 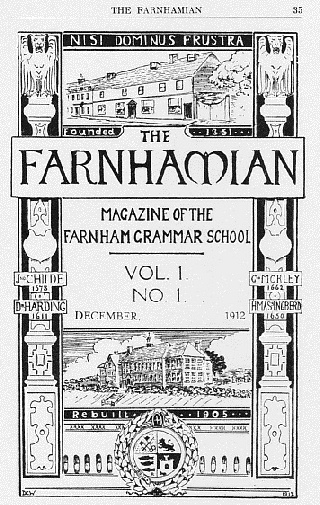 D. C. Warner’s design for the cover of the first issue

All this was only a small part of the education being offered in the town. Hundreds of parents, filling in their census forms in the latter part of the nineteenth century described their children as scholars. Some of them probably went only to Sunday school but many were better educated than that, some in private academies, but increasingly in the publicly aided elementary schools - National (Anglican) in Church Lane and 'British' (Nonconformist) in East Street. As the twentieth century advanced more children wanted the chance of a secondary education than the grammar schools could or would take. Hence the founding of the County Secondary Schools, whose history is described elsewhere in this magazine.

After years of quite separate development each of these secondary schools came together in 1973 to form a complete system of education for the town, so all inherit the legacy of Bishop Horne's school; an educational history that is unspectacular, but which is paralleled in so many other English market towns.

(Thanks are due to Mr. E.W. Godsil for his considerable help in the preparation of this article.)