Bryan has sent us the following, along with some photos. We managed to make contact with him following the passing of John Saunders in 2014. 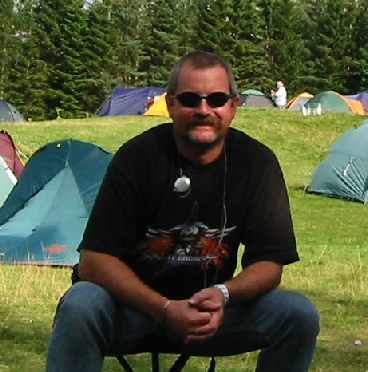 “I'm afraid I can remember the 1P room well (including striking “Nic” Nicholson during a German lesson some year later and for which I apologised to him in 1983 or thereabouts over a beer or 6!) but can't remember the room number. I remember John [Clarke] well from train trips to and from Ash Vale and was saddened to hear of John Saunders’ death - I remember him as a gentle but very sound chap.

“The short version of my life so far is that I served in the RAF for 26 years immediately after leaving Farnham College. Although I didn’t realise my dream of qualifying as a pilot, I had a full and rewarding career, retiring in 2003 and then taught IT (professional Microsoft qualifications) for a while, re-built a house in Scotland before leaving on the break-up of my marriage. I then taught special needs kids in North Devon before leaving for Ireland (ROI). I am now happily re-married and run my own firm, ironically working with a firm near Oxford, having been introduced to them by Tony Lawrence. 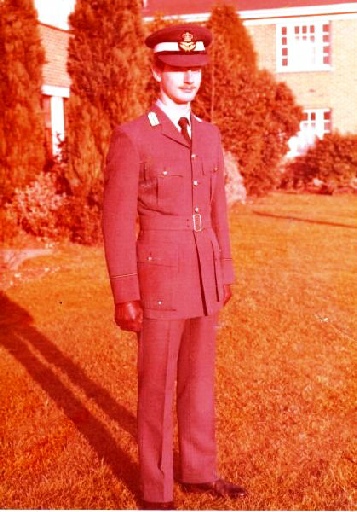 “For those who remember me, I apologise for my lack of communication but as you were all going to University, I went in an entirely different direction although I, too, eventually got a degree! I have been in contact with Caroline Gooding (Slim), Adrian Harding and Tony & Judy Lawrence sporadically over the years and, thanks to Blunderbuss [cheers, cheers, Eds] I've recently established contact with a couple of other folks. I can be contacted at b.p.bellars at gmail.com if anyone is interested although I'm renowned for been a lousy communicator!”

Bryan in his RAF uniform 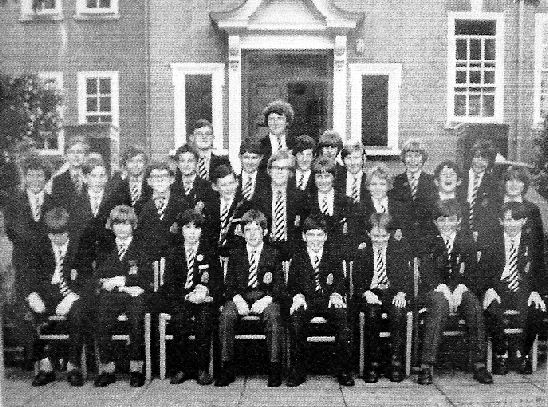 Form 1P. Bryan is believed to be standing to the right of Paul Hobbs (centre of doorway), and next to Adrian Harding