Welcome to the Home Page of Blunderbuss! 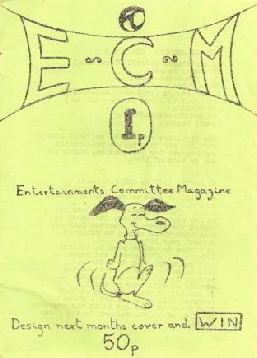 BLUNDERBUSS is aimed at former members of both Farnham Grammar Schools and Farnham College who attended between 1971 and 1979.

The website has developed over the last few years and aims to reach a wider audience through cyberspace which will (hopefully) prompt wider and faster feedback, and bring back happy memories.

Currently BLUNDERBUSS is masterminded by Mike Mehta and John Clarke, who just so happen to have been involved in the production of the original Roneoed editions of BLUNDERBUSS (courtesy of Mrs Brown). 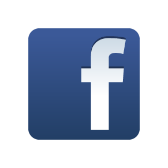 We hope the Facebook Group will facilitate easier posting & sharing of photos and other memories, although we aim to keep the website developing along its usual lines. 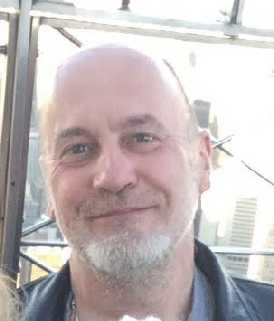 We regret to report the death of David Titchener (‘Titch’) on 2 October 2021.

David was site supervisor and Science teacher at Frome College.

The College has left a book of condolence in Frome Town Hall. Members of the community can leave messages between 9am-5pm Monday-Thursday and 9am-4.30pm on Fridays.

‘Titch’ joined Frome College in 1987, and over his 34 years of service to the college he taught and supported many, many individuals. The College looks forward to celebrating his life and the energy he invested in the college site to make it so beautiful.

David’s funeral service will take place at the West Wiltshire Crematorium on Wednesday 17 November 2021 at 2.30pm. 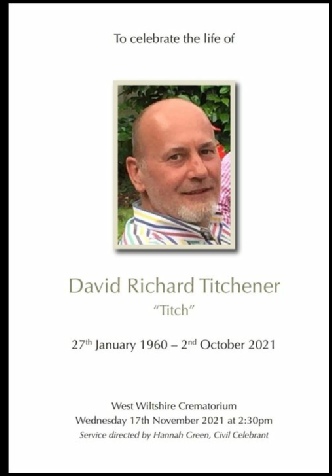 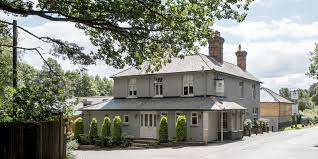 This year’s informal reunion will take place at the “Duke of Cambridge” PH, Tilford Road, GU10 2DD. This has a fairly large car park and a spacious garden area.  The outside grill for those in the garden should be open. Anyone requiring a more substantial meal is advised to book a table in advance on Tel: 01252-792236. We plan to meet from 12 midday onwards.

Anyone proposing to travel by train should check the timetable for any impending strike action.

It is with great sadness that we report the passing of former teacher Miss Sheila Walker.

The funeral service is to be held at 11.00 am on Tuesday 26th April 2022 at Woking Crematorium. All are welcome.

We also regret to report the passing of Julie Ankerson, who attended FGGS and Farnham College from 1970-1977.

Julie took part in a number of College drama productions including, The Winter's Tale, The Caucasian Chalk Circle and The Cherry Orchard.

This obituary has been kindly supplied by Julie’s sister Vicki:

Julie died on 28th July 2021, in the Royal Berks Hospital Reading from metastatic breast cancer. She was three days away from her 62nd birthday.

Julie loved the theatre and films and should have been the country's foremost comic actress, but life seldom goes to plan. Needing to earn a crust after leaving drama school, she fell into a job in the film library at the BBC, and then into a career as a foley artist, receiving three Emmy nominations and working on films such as Gosford Park, and TV programmes including Sherlock and Doctor Who, where she worked on every episode following its reboot, until forced to stop by increasingly bad health.

She took jobs in John Lewis and then Boots, where her sense of the ridiculous and her quiet stoicism helped her to make many new friends and to bear the hardships she faced in her final years. She enjoyed filling her house with collections of books, snow globes, Sindy dolls, art and Poole pottery. She even wrote a novel based on becoming a foley artist in the 1980s (it's called Fen - do read it). She was diagnosed with breast cancer, underwent operations to remove it and was given the all clear, but it nevertheless spread to her stomach and liver. Two years later, she died in great pain, in a corner of a horrible public ward, in the middle of a pandemic, but wanted everyone to know that she was OK about dying and had enjoyed her life. Her funeral was attended by those who knew her and loved her at every stage of her life, including the remaining two of the group of friends from Farnham College, Caroline and Simon.